Vice-chairman of the Senate Jaroslav Kubera received a Chinese delegation

The Chinese delegation, headed by Mr. Chen Guorong, Director of the Department of Foreign Economic Relations of the Ministry of Commerce of Zhenjiang Province and Mr. Shi Wenzhen, Deputy Mayor of Yiwu City of Zhejiang Province, visited the Senate of the Parliament of the Czech Republic together with the members of the board of directors of Czech – China Centrum z.s. They were welcomed by Mr. Jaroslav Kubera, Vice-Chairman of the Senate

The members of the Chinese delegation presented to Mr. Jaroslav Kubera, Vice-chairman of the Senate of the Parliament of the Czech Republic, the project “Silk Road”, the connection of the People’s Republic of China and the Czech Republic by freight train and the project of establishing the “Czech Station” of this train, which includes the construction of a logistics center. There were talks about suitable locations for this extraordinary investment, including its positive impact on improving infrastructure and creating new employment and business opportunities. The Vice-chairman was interested in the selection of locations and he expressed his interest in cooperating with the Czech – China Centrum z.s. in this matter.

The Vice-chairman expressed his support for this project and the development of the Czech – Chinese economic cooperation. 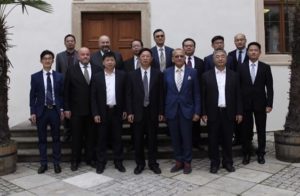 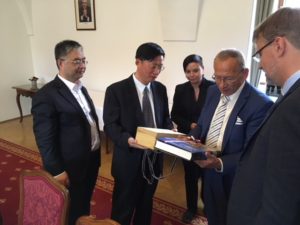 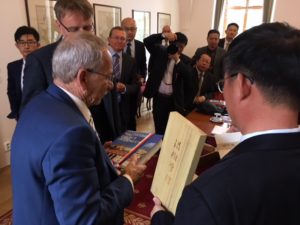