City leaders received a visit last week from the Chinese Cixi City, which represented Bao Li Ming. He introduced Cixi City to Mr. Raduan Nwelati who is the mayor of city Mladá Boleslav. There is the factory of Volkswagen group in Cixi city and there are also produced Škoda cars. That’s why both cities have a lot in common.

Raduan Nwelati told to the Mladá Boleslaw website: „We also talked about the possibilities of future cooperation of our cities.“ 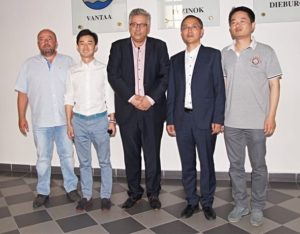