The first direct train left from Prague to China

The ceremony of departure of the train between Prague and the Chinese city Yiwu was held on Wednesday, July 19, 2017 and Czech-China Centrum z.s. was the co-organizer of this important event.

The Czech Republic has a direct train connection with China for the first time in history.

As the iDnes.cz portal informed, the train system with containers left from terminal of the company Metrans in Prague-Uhříněves to the final destination of the Yiwu city in the Far East.

Prague has become the sixteenth European city to have a direct rail link with China. The train set consists of 40 wagons carrying a total of 80 large-capacity containers.

Goods in these containers which are going to China is worth about five million US dollars. Among other things, Czech crystal, car parts, beer and other traditional Czech products. The trip takes a total of 16 days and runs through Poland, Belarus, Russia and Kazakhstan to the East China province Thejiang province, where is the Yiwu city. Similar sets go from China to Europe every week, in the opposite direction every 14 days and has been since 2013.

“This was the first direct trip from the Czech Republic, we will see what will be of interest,” said Michael Wei Li of the company YXE – Yiwu Timex Industrial Investments.

Trains between China and Europe are still using two different routes: the southern part of the Trans-Siberian highway into northern China or via western China and Kazakhstan. According to company DB Schenker, trains from China mainly import parts for the automotive industry and goods with a short delivery date. Rail transport reduces transport time between Europe and China by half compared to shipping.

Rail transport manager Ondřej Jašek emphasizes other advantages: „These are often sensitive goods. There are much less shocks on the railways compared to sea transport. We are able to monitor track shocks in containers thanks of our developed device SmartBox“ 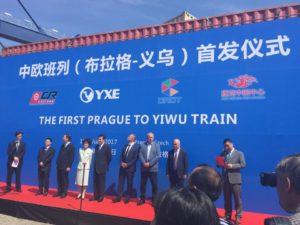 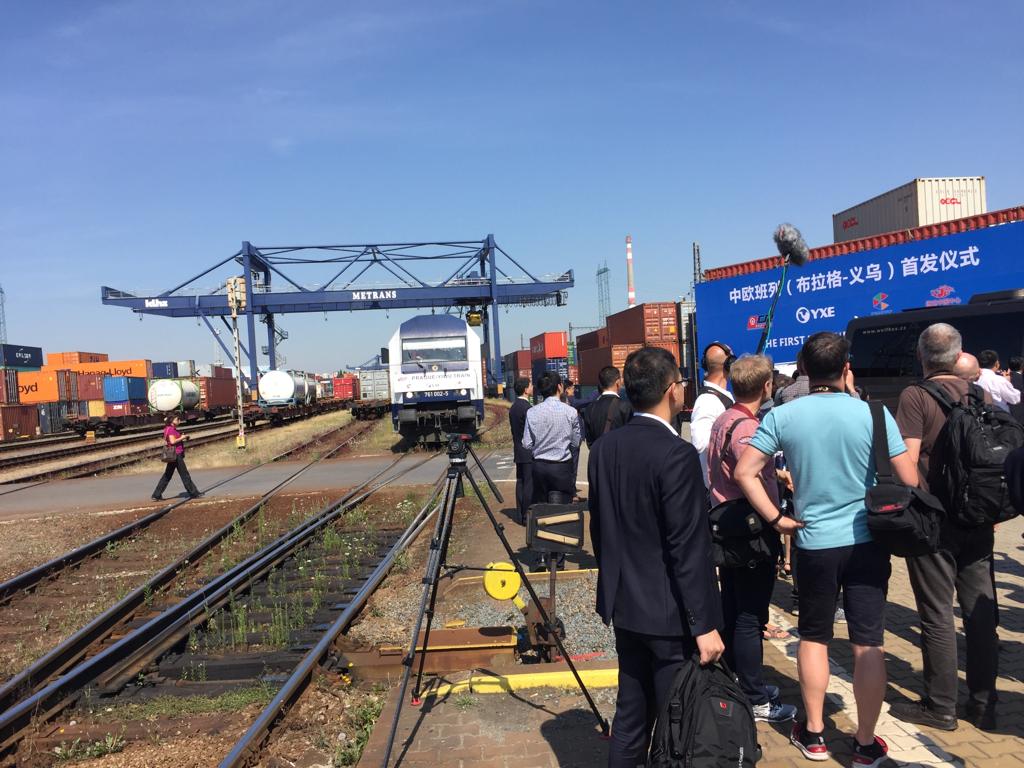 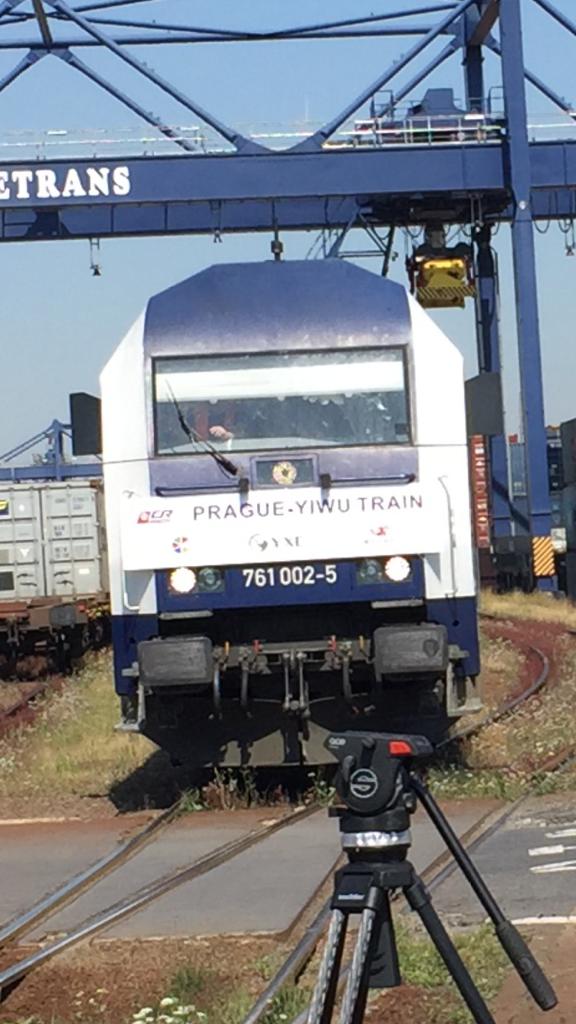 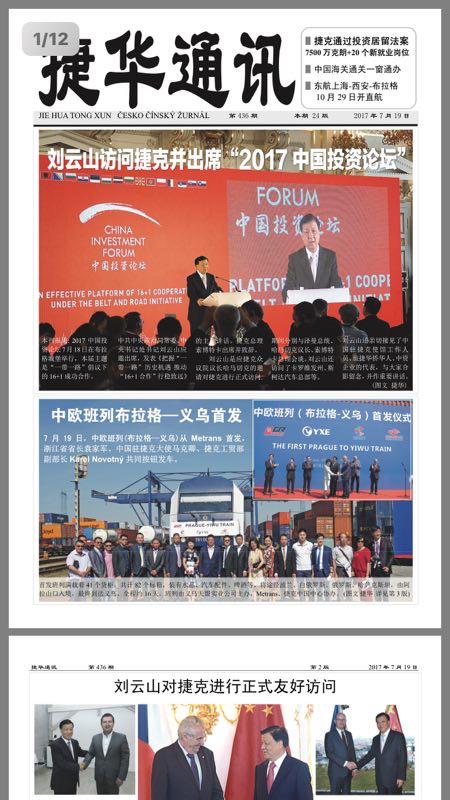 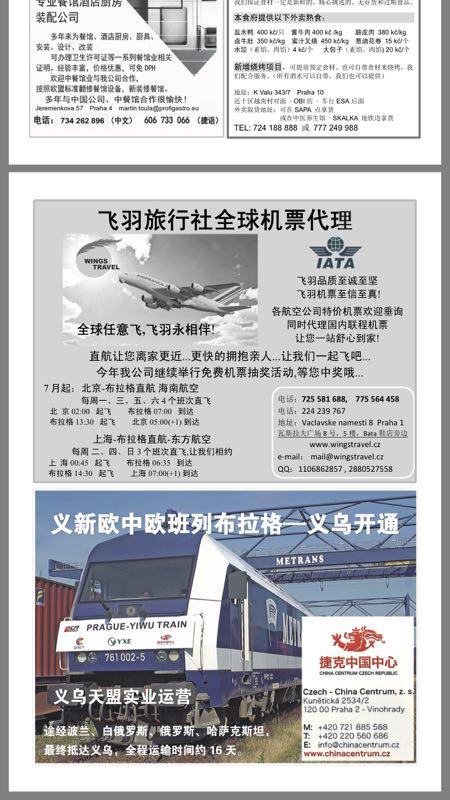